One Step at a Time Part 2 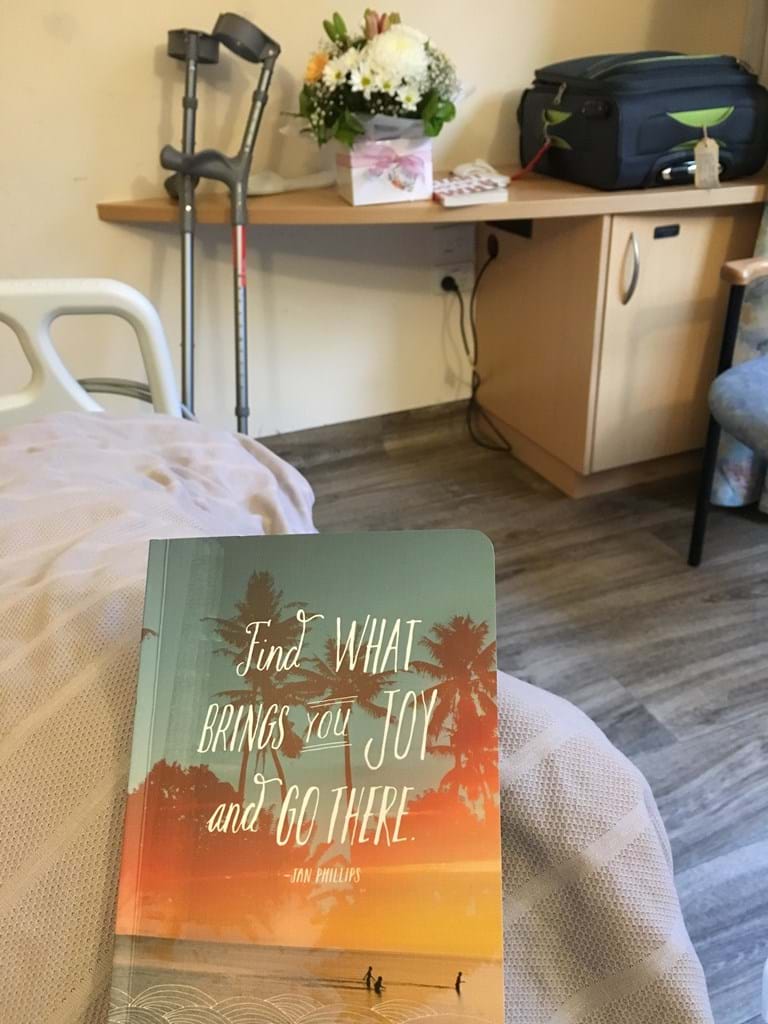 As the theatre date loomed closer, I became increasingly scared. The thought of not being in control of the process filled me with dread. On the Tuesday morning of the surgery I literally skipped along the path to the hospital doors, my rational mind telling me that this was the best way forward, my emotional mind telling me I’m just fine as is and should be going as fast as I could in the opposite direction.

As I traversed through the maze of waiting rooms, my husband reassuringly by my side, tears occasionally welling up, I practiced slow deep breathing, telling myself “all will be well”.

In the theatre ante-room I was greeted by Dr Wilson LIm (Anaesthetist). What followed was a robust discussion of the merit of a spinal block versus general anaesthetic (GA). Concerned about the short and long term side effects of a GA on my brain I opted for a spinal block. Dr Lim was both kind and confident. His cocktail of drugs allowed me to relax and relieved my anxiety. I watched the clock on the theatre wall while my knee was repaired. I could hear the conversation of the people in the theatre. I could feel my knee being bent and straightened, hear the instruments, I could feel pressure on my knee but no pain. A weird sensation. At times I closed my eyes and told myself it was a bit like a visit to the dentist and would soon be over. Other moments I visualised myself walking along my favourite beach with a strong knee. Looking back, it was rather surreal. As he left the theatre Mr Smith paused next to me and reassuringly informed me that it had gone well.

The clock seemed to tick slowly during the obligatory twenty minutes in recovery. I was eager to get to my room, get on with healing, talk to my loved ones and let them know I was OK.

The 23 hours I spent in hospital (who was counting!) was a long 23 hours. I had been warned multiple times that the pain post-surgery is severe. It was not as bad as I expected. I left the hospital without the prescribed schedule 8 drugs.

The first couple of days at home were bearable. I was fortunate that my precious Mum had flown over from New Zealand. She prepared me nutritious meals, brought me cups of tea and ice packs and most importantly sat with me. At this point I was using Panadol at night time to relieve the ache that interfered with sleeping and trusty Traumeel during the day. Putting my foot to the ground was painful but if I rested and kept my leg elevated, I was comfortable.

Four days post-surgery and I was getting cabin fever. It was Saturday morning and I suggested to Jeff that if we went to the Farmers Market early, before the crowds I could limp my way around. What a sight it must have been. Me limping around on crutches, calling out the grocery list while Mum and Jeff fetched the items. I was back at the car within 15 minutes with an icepack on my knee – not my usual F45 Saturday morning workout – I coined it F15, 350 steps and I was done.

Eating lunch that day I broke a filling. When I went to the dentist a few days later to get it fixed he commented that he had seen several people who had broken fillings post-surgery. He thought it may have been due to teeth grinding or jaw clenching associated with the stress. Interesting!